Why Europe Will Come Out on Top in the Tech Race Between the U.S. and China 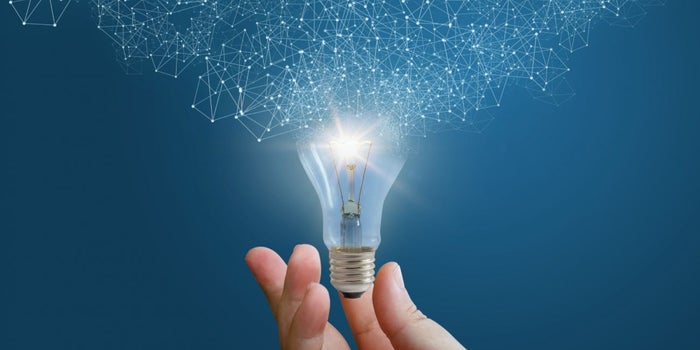 The tech race between China and the U.S. has reached a fever pitch in recent months. The two countries not only have the world’s two most robust economies, they’re also home to some of the world’s most innovative companies. Google, Amazon, Apple and others have long been considered stalwarts in innovation and have changed the world with their technologies, while companies like Alibaba, Huawei and Tencent continually shift our attention to China.

When it comes to tech, China has pulled ahead of the U.S. in many areas like artificial intelligence (AI) as well as in the number of investments made by its major tech companies. The U.S, meanwhile, is doing everything it can to regain the lead where it’s lost ground and push further ahead where it’s already leading.

But, as the world’s two economic powers duke it out for tech supremacy, a third challenger advances in the background and is poised to eventually become the global leader. Here’s why Europe will win the tech race between the U.S. and China.

Prioritizing data protection issues before conquering the market will ultimately be a good thing for Europe and the global tech community.

As the dot-com boom was getting underway in the U.S. in the 1990s, no regulatory framework existed. Entrepreneurs and developers had an open canvas and the freedom to innovate virtually restriction-free. Fortunes were made, scores of companies eventually went up in flames, and some of today’s leading tech companies emerged from the ashes. When Microsoft grew into a veritable monopoly, the United States justice system scrambled to create a more even playing field for the rest of the tech industry. Little has happened since then to create a sensible regulatory framework when it comes to innovation — least of all with the protection of end users in mind. And we’ve seen the deleterious consequences this can have on society, regardless of whether corporations are operating with malicious intent.

In China, tech innovation has followed a pattern similar to the rest of the industrialization happening in the world’s most populous nation: In short, nothing is sacred if it stands in the way of growth — not an even playing field in business, certainly not the privacy of end users, and in the worst of cases, no considerations for the moral and societal implications of rapidly evolving technologies such as AI. As awe-inspiring as much of China’s technological progress has been, it’s hard to applaud wholeheartedly with a full awareness of the ageism, the breaches of privacy and the “Big Brother” environment that this technological landscape fosters.

In Europe, meanwhile, we’ve been out in front of a trend for years that only recently became a mainstream concern for digital consumers; namely, sensible individual privacy rights and data protection. With the enactment of the General Data Protection Regulation (GDPR) in May, Europe has proven itself to be a moral leader on one of the most critical issues facing the modern world. GDPR’s enactment is a watershed moment for technology. It’s no longer open season on user data for tech corporations; and while tech companies are finding GDPR compliance to be burdensome in the short term, there’s no question the long-term benefits it will have. End users have more power than ever, and data shows that the companies who prioritize empowering end users are poised to become increasingly more valuable than those who don’t.

In short, the future of innovation belongs to the end user, a reality the European tech scene has long been keenly aware of. The next generation of tech leaders and global tech dominance, therefore, will either emerge from this environment or follow our lead. In the case of the United States, discussions are already happening to create a data protection policy similar to GDPR. China, on the other hand, will be forced to be held accountable to standards like these as it continues to emerge in influence on the world stage.

Europe has more recruiting leverage than any place in the world. But, right now, it’s grossly underutilized.

My career as a tech executive has afforded me the opportunity to live in some far-flung places. I can say unequivocally that there is no place I’d rather live than in Europe. European cities are commended for their livability, and we Europeans go to great lengths to maintain our balanced lifestyle. But, the advantages of living here don’t end there. Moving from place to place is inexpensive, whether it’s the mountains, the coast or the city you prefer. And our towns and cities are by and large populated by cultured and sophisticated people.

As an innovator, it makes you wonder: Why hasn’t a Google or an Alibaba yet emerged from this environment?

It behooves European tech companies to attract talent by leveraging Europe for what it is and not what it isn’t. No, we don’t have an epicenter like Silicon Valley, which dominates global innovation and attracts a disproportionate amount of venture capital funds[1], creating a cutthroat environment run by mercenaries. Nor are we China, where tech workers (predominantly under the age of 30) are expected to work excessive hours, including on weekends, and exist only as a cog in a machine that at times, not even the machine itself knows where it’s headed.

By contrast, at intive, we recognize that businesses are built by people. Our innovators have their lifestyles, interests, families and talents that we not only respect, we embrace. We operate under the belief that the best innovative breakthroughs — especially the ones that keep human society grounded — happen with an ethic like this, and not when a corporation is squeezing every last ounce of innovative energy out of nameless employees. This is not only a central part of our recruitment strategy at intive, it’s also a key factor that has allowed us to grow as an organization, make key acquisitions and separate ourselves from our competitors.

Europe is the new land of tech opportunity; innovation is happening in cities like Barcelona, Paris, Stockholm, Warsaw and elsewhere, and it will continue to happen thanks to the way we choose to live. It’s time for tech companies to appreciate this advantage to the fullest by bringing in more talent from around the world, and keeping the abundant talent that’s already here.

European companies have the opportunity to take a more “Euro nationalist” stance when it comes to building and buyouts.

Much of China’s rapidly developing innovation scene has depended on taking over companies in Europe. There was €1.6 billion worth of Chinese buyouts of tech companies in 2010, while in 2016, that figure exploded to €35 billion. European businesses are understandably attracted to the monetary incentive to be bought out by Chinese firms, but they have to start recognizing how putting Europe first will all the region to stay competitive in the long term.

But, the question remains: How can Europe get onto the same level as China and U.S. in AI research and other high-tech areas without being able to collect data on the same scale as the companies in those countries?

It will likely require large European tech companies collaborating with one another to build superior technology and services that exceed those being built by today’s tech giants in the U.S. and China. One strategy might be for firms with varying focuses and areas of expertise to band together toward a common goal — as if different yet cooperative departments within the same enterprise, not unlike the way our common political body, the EU, operates. It’s a radical corporate-confederate vision, but it could be the way to keep pace or even eclipse American and Chinese tech companies as they both stand to endure significant pain from both the tech race, and more broadly, the trade war between the two countries.

For the same reason, at this moment, Europe also has the opportunity to attract American and Chinese businesses to set up production facilities or operations in Europe, but require them to do so under the auspices of a European company. Tesla’s plan to open a new gigafactory in Shanghai (which have accelerated in light of the mutual import tariffs) is a shining example of what this might look like.

There are many reasons to believe Europe will be the winner in the escalating tech race between the world’s two largest economies — but it won’t happen in the absence of taking initiative, progressive thinking and close collaboration. Despite some obvious disadvantages (most notably, not existing as a single, unified country), Europe has already positioned itself as the 21st century’s moral leader of technology. With the right effort and smart decision-making, we’ll be able to refer to ourselves even more succinctly: the leaders.

The original article (and image) was originally posted here: https://www.entrepreneur.com/article/318882[2]